Sandwiched between the Andes mountain range and the Pacific Ocean, the country of Chile occupies a narrow strip of land extending over 2650 miles on the western coast of the Southern American continent. With its arid, mineral-rich Atacama desert in the northern half of the country to the freezing Drake Passage with a maze of fjords, canals, inlets, islands and ice fields in the south, it’s no wonder that Chile is as well known for its stunningly diverse landscapes as it is for its clear skies with almost no light pollution.

Since there are very few totally dark places remaining on the planet, it is very rare to have the opportunity to contemplate the vastness of space and the heavens without the intrusion of city lights. Because the Atacama Desert is the driest desert in the world and is blessed with nearly three hundred days of clear, cloud-free skies, the Chilean Government along with the Association of Universities for Research in Astronomy (AURA) gave thoughtful consideration for creating spaces where there is no intrusion of city light called Dark Sky Sanctuaries. 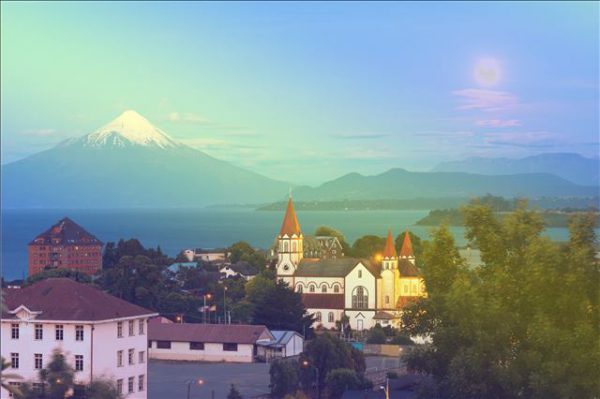 In addition to this Dark Sky Sanctuary, the region has other observatories that are worth a visit like ALMA (Atacama Large Millimeter/Submillimeter Array), the world’s largest astronomical observatory near San Pedro de Atacama, which is open to the public every weekend.

The Cerro Paranal near Antofagasta and the Cerro Tololo near La Serena are also other observatories that are also accessible by the public.

It is no wonder that this northern part of Chile has become the hub for all major astronomy research in the southern hemisphere. You can join other Astronomy lovers to enjoy the stars and planets through the powerful telescopes at observatories in this area.

Any trip to Chile usually starts off at its buzzing capital city of Santiago, a fascinating metropolis that lies nestled in the snow-capped Andes Mountains. This lively, large bustling city is an eclectic mix of ancient tradition, European influences and many spectacular natural sights. Rather than just use Santiago as a pit stop to traverse the country, you may want to spend a couple of days and explore its many attractions. Famous sights include the Museo Chileno de Arte Precolombino, La Moneda Palace, the Costanera Center and parks such as Cerro Santa Lucia and the Metropolitan Park with its old-world funicular and cable cars that take visitors to the top of San Cristobal Hill. 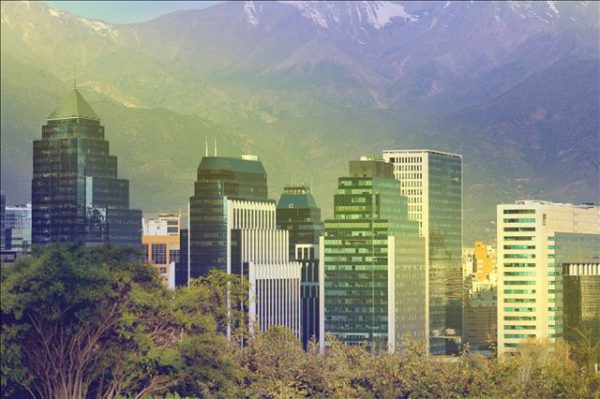 The hilly port city of Valparaiso is Chile’s second largest city and a UNESCO World Heritage site owing to its contribution to culture, art, architecture, design, and history. If you love a bohemian lifestyle and appreciate street art, then the city of Valparaiso is a must see for you. Like Santiago, it has an excellent dining and café scene and several artsy attractions such as the Museo a Cielo Abierto, which features twenty murals and the art, design and dining hub of Cerro Alegre or “happy mountain.” One needs to mention the city’s eight surviving funicular elevators that date back to the late nineteenth century and still serve as a mode of transport in the city.

Chile’s Lake District popularly referred to, as the ‘Switzerland of Chile’ is located in the southern half of the country. The picturesque area stretches eastwards from the Pacific Ocean to the Andes and is famed for its dozen national parks, waterfalls, thermal hot springs, rivers, and active volcanoes. The city of Temuco is the gateway to this spectacular wilderness, and it is easily accessible by air from Santiago. Located at the southern tip of Chile, is the remote, isolated landmass of the Southern Patagonia Ice Field which Chile shares with Argentina. Found here in this untamed, windy region is the Torres del Paine national park, one of the most visited national parks in all of South America.

The national park encompasses 600,000 acres of unrivaled natural splendor that includes turquoise lakes formed by retreating Ice Age glaciers, deep rivers, sprawling grasslands, thick forests, and fjords. Several diverse ecosystems co-exist in the park and feature a wide variety of native flora and fauna including two hundred species of plants, twenty-six species of animals and a hundred and fifteen species of birds. The park is a favorite spot for hiking and trekking. Visitors especially enjoy spotting the park’s indigenous inhabitants like guanacos (a cousin of the Ilama), rheas or flightless birds that resemble ostriches, foxes, Andean condors and if they are lucky, even a mountain puma or two on their rambles in this vast, beautiful park.

The Wonders of Chile Await

Whenever there is a celestial event such as a total solar eclipse, hordes of astronomy experts and fans descend on this land to gaze in awe at the unfolding spectacle. The next total solar eclipse is slated for December 2020, so why not plan to witness this phenomenon in person and combine your trip with an itinerary to explore the many natural wonders of Chile. It’s a place to love.

Fare Buzz travel specialists can find a discounted fare that matches your travel needs and budget.