Six Reasons to Add Bolivia to your Travel Bucket List

Bolivia may not be as well-known as its Latin American cousins, but the country has a great deal to offer visitors in the form of a myriad natural wonders, stunning colonial-era architecture, adventure tourism, and a buoyant dining and wine scene. The tourism machine in Bolivia is developing slower than its neighboring countries, but over the last couple of years, it is emerging as a popular South American vacation destination.

So why should you visit Bolivia? We give you some compelling reasons to visit this fascinating land-locked, piece of biodiversity heaven country.

Sucre is the constitutional capital of Bolivia, located in the southern highlands of the country. It is a typical, scenic Southern American town with a lively central market. The city has several colonial-era buildings such as Casa de Libertad or Freedom House (which is the site of the signing of the declaration of independence in 1825), the Convento de San Felipe Neri and even a European style castle, Castillo de la Glorieta. Other attractions worth visiting include 25 Plaza Mayo, the city's leafy central square and lush parks like Parque Bolivar and Park Cretacicio, which is guaranteed to be a hit with children with its many dinosaur statues. 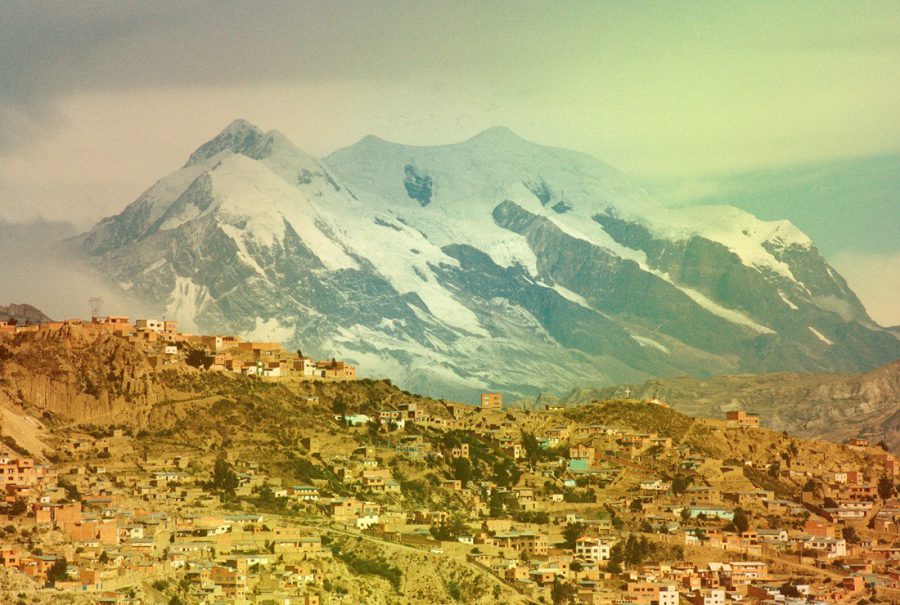 Visitors to Bolivia often use the picturesque city of La Paz as a base for their expeditions around the country. However, this lively Bolivian city is also worth exploring because there is so much to see and do. The city, which is located within an Andean Valley, and is 3600 meters (11800 feet) above sea level. Visitors need to acclimate to the thin mountain air before they can look around. Notable points of interest in La Paz include its old city central square Plaza Murillo, the museums on Calle Jaen and the intriguing Witches Market where you can buy various natural remedies, potions, and brews and even a spell or two. La Paz also has a thriving restaurant scene, and serves as an excellent base for expeditions to other attractions such as Tiwanaku, a UNESCO World Heritage Site and the Valle de Animas and Takesi hiking trails. The best way to get around La Paz is aboard its cable cars or the Telefericos system, and you should choose them instead of the usual taxis or buses.

For those adventurers who have nerves of steel, you can take a ride on North Yungas Road which is the World's Most Dangerous Road, also known as the Road of Death. This road links La Paz with the town of Coroico and features dangerous twists and turns and treacherous 1000 meter drops. 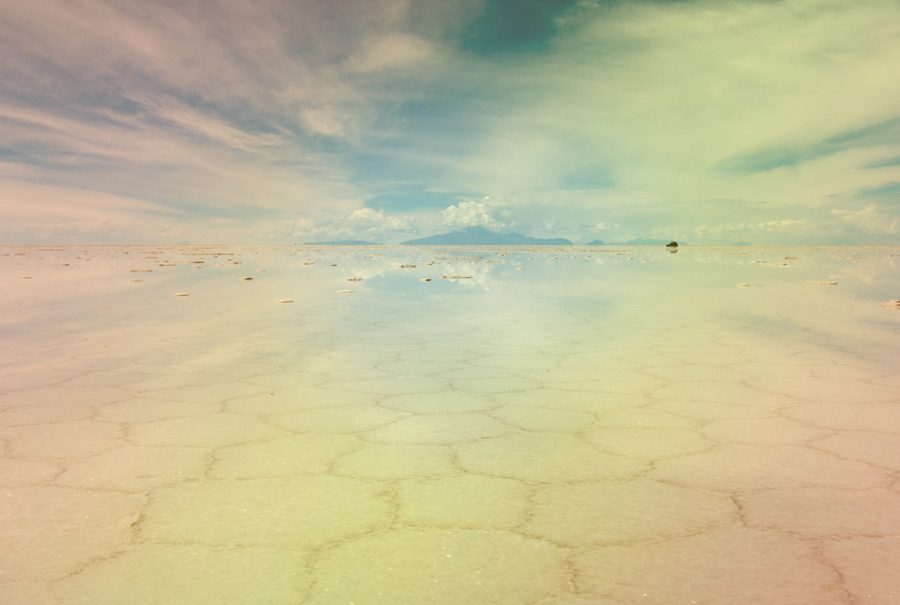 Reason 2: The Salt Flats of Salar de Uyuni is an incredible sight.

The Salar de Uyuni is the world's largest salt flat and Bolivia's prime attraction. These salt flats lie within the southwestern region of Bolivia at the height of 12000 feet above sea level. During the Bolivian summer months from November to February, water tends to accumulate over the endless stretch of salt, reflecting the sky and creating optical illusions that dazzle even the most well-traveled tourist. You can access this natural wonder from the city of La Paz but to truly enjoy its spectacular beauty, you need to stay at a nearby hotel for a couple of days. 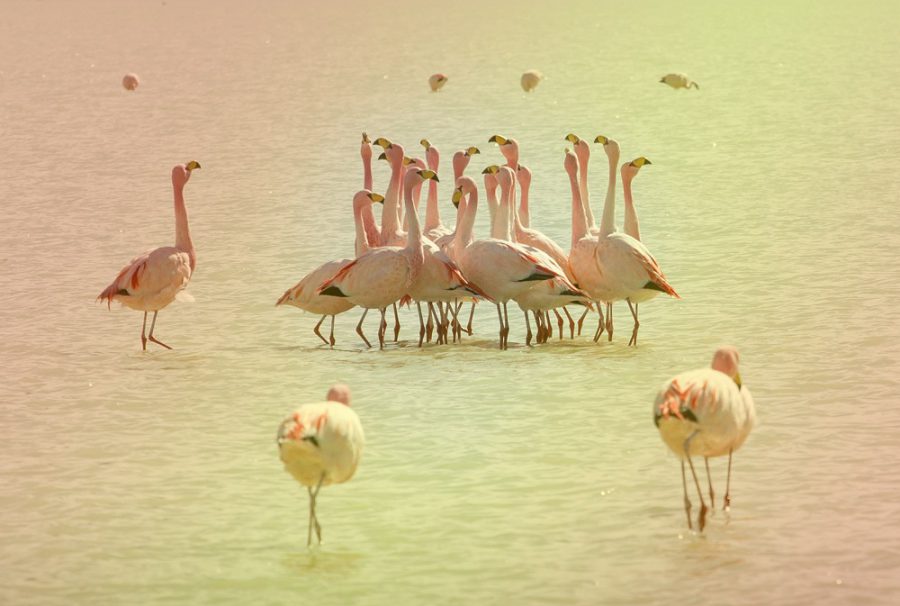 Reason 3: The Rare Flamingos of the Eduardo Avaroa Andean National are not to be missed.

The Uyuni salt flat is the gateway to several other natural wonders in Bolivia such as Eduardo Avaroa Andean National Reserve, which is located on the extreme southwestern edge of the country. This sprawling national park extends over 2760 square miles and encompasses various different environments think bubbling, geysers, colorful mineral-rich lakes, vast desert plains, hot springs, mountains, volcanoes and more. The park is the home of hundreds of three rare types of flamingoes: the Chilean, the Andean (the rarest in the world) and the endangered James flamingo, a species of flamingo that only populates the high altitudes of Andean plateaus.

Reason 4: The Blues of Lake Titicaca never fail to enchant.

The mesmerizing Lake Titicaca, with its sparkling, azure waters is the highest navigable lake in the world. This Andean water body lies between Bolivia and Peru and is the largest water body in South America with twenty-five rivers and glaciers empty into the lake. The indigenous people of both countries believe Lake Titicaca to be the birthplace of the Inca people. Mythology says that the first king of the Incas was born at this lake. Another Inca god emerged from the lake and created the sun, stars, and hence the lake is also believed to be the birthplace of the sun. The lake has many islands in it, the largest being Isla del Sol, which is home to many Inca ruins. 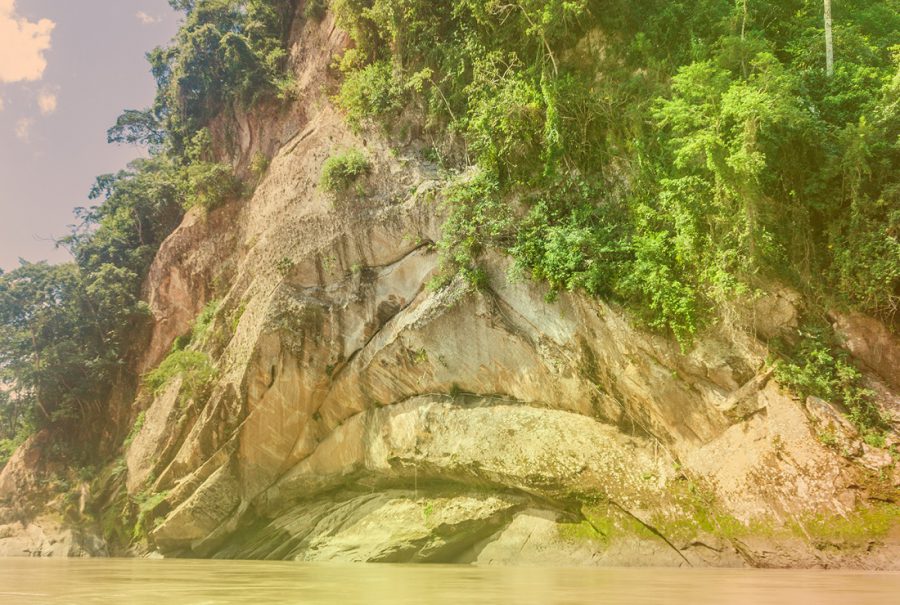 Reason 5: You can have an Amazonian adventure at Madidi National Park.

The Madidi National Park is a protected expanse in the upper Amazon river Basin region of northwestern Bolivia. The park teams with numerous species of native flora and fauna and is a nature lover's delight with its rugged terrain, winding rivers, rolling grasslands, mosquito laden lakes, steep slopes, Inca archaeological sites and the seldom seen indigenous people of the tropical rain forest who call the park home. The park offers cultural and ecotours for a safe and authentic jungle experience. It’s through embracing ecotourism that the park survives and thrives.

Reason 6: The Savage Beauty of the Torotoro National Park will awe you.

If the Madidi National Park brims with all forms of animal and plant life, then the Torotoro National Park is the dramatic opposite. Located in the eastern Andes, the park features rugged, craggy terrain with vast canyons, subterranean cave systems, spectacular rock formations and imprints of giant dinosaur footprints.

However, before you pack your bags and buy your tickets, you will need to get a visa for Bolivia as it is necessary for US citizens to get a visa to visit.

Our Fare Buzz Expert Travel Consultants can help plan your trip to Bolivia with fares that will fit your budget.