The top 4 things to do in Aruba

If you're looking for a unique place to spend a holiday on the beach, you need to consider Aruba. It's a wonderful island with gorgeous beaches, wonderful food and friendly, smiling people. The island, after being controlled by the Spanish or Dutch for many years, is now a constituent country of the Netherlands, according to the nation's official tourism authority. It's a great destination for families or couples to enjoy some fun in the sun.

Where is Aruba?
Aruba's location actually makes it quite different from the other Caribbean islands. Located 15 miles off the coast of Venezuela, Aruba is below what's known as the hurricane belt - this means it sees far fewer rainy days than other popular Caribbean locations. The official tourist authority reports that the 70-square-mile island has a dry climate, meaning its beaches are pristine and perfect for soaking up some sun or having a great time in the water.

Ready to book a cheap flight to Aruba? Here are the top four activities to try in Aruba:

1. Diving at the S.S. Antilla
The S.S. Antilla was a German trading ship that was scuttled off the coast of Aruba in 1940. The site is now home to schools of gleaming fish and coral formations. Although it's is only about 50 feet underwater, it feels like much deeper when you're inside the wreck, making for a unique and exhilarating experience, according to The Aruba House. Such an adventure is worth the price of a cheap flight to Aruba all by itself.

2. Picnicking on Eagle Beach
For a lovely day with your favorite people, pack a basket and head out to Eagle Beach, one of the most beautiful white sand beaches in the world. This is by far one of the most relaxing things to do in Aruba. You can enjoy a light meal in the shade of a palm tree, digest while lying in the sun, and go snorkeling in the evening.

3. Stroll through history at Fort Zoutman
This Dutch army base was built in 1798 and defended the island from an English attack the next year, according to the tourism authority. With the addition of a 19th century tower, the fort served as a lighthouse until the mid-1960s. It's now a historical museum and perfect for those days when you want to get out the heat and soak up some history. 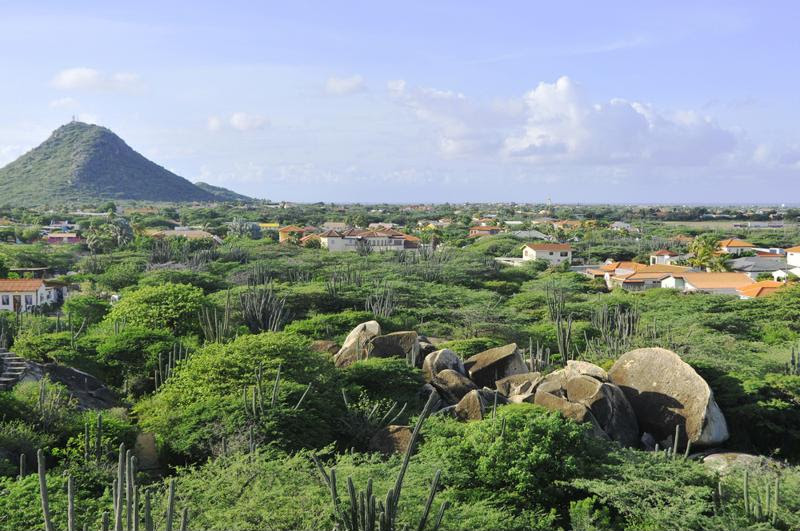 The name of the mountain translates to 'haystack'. Visible from nearly everywhere on the island, this long-dormant volcano is one of the highest points on the island. Visitors looking to go for a hike can make the trip to the top of the mountain by way of a large stair built into the side of the mountain, reported Visit Aruba. At the top, you can get wonderful views of the entire island.

Getting a pair of cheap tickets to Aruba is the perfect way to surprise the one you love. It's an ideal spot for honeymoons and other romantic getaways. Keep Aruba at the top of your list when thinking of places to spend a week away with your special someone.