How to see the top 5 tallest buildings in the world

Skyscrapers are among the most amazing of mankind's accomplishments. They are marvels of construction, effort and engineering, and seeing them in pictures just can't do the actual experience justice. Visiting the tallest buildings in the world gets you a uniquely exciting view of some of the major cities of the world. If you're interested in checking out any of these modern marvels, read on:

#5: Lotte World Tower, South Korea
The fifth tallest building in the world is the Lotte World Tower, located in Seoul, South Korea. According to Skyscraper Center, construction finished this year, and the top floors are still being completed. If you book your cheap tickets to Seoul now, you might be able to catch the grand opening of the rooftop cafe and other entertainment venues located on the top floors of the building. The building features offices, luxury hotels and apartments for workers. 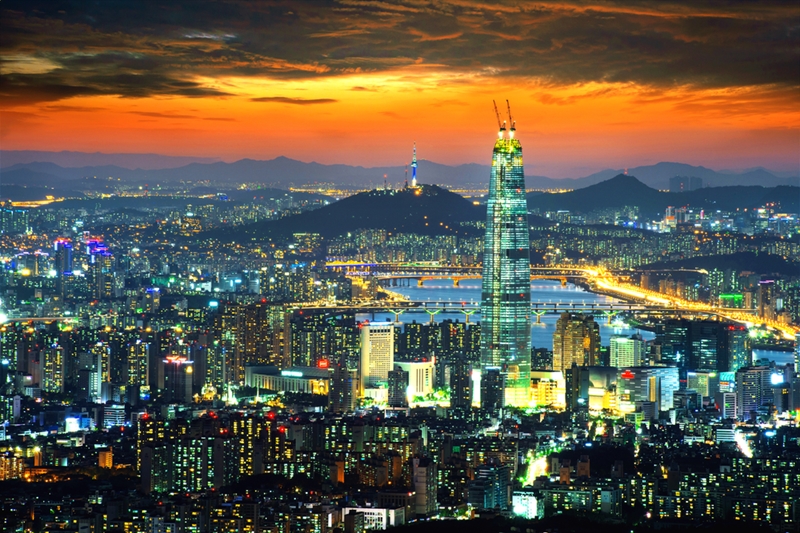 See Seoul spread out before you from the Lotte World Tower.

#4: Ping An Financial Centre, China
Located in the growing mega-city of Shenzhen, the Ping An Financial Centre is known as the tallest office building in the world. According to Kohn Pedersen Fox Associates, the company that designed the skyscraper, it stands 1,969 feet tall and includes a public atrium, shopping center and other accommodations. If you're flying to Shenzhen for business, this is one building you absolutely have to check out.

#3: Abraj Al-Bait Clock Tower, Saudi Arabia
Also known as the Makkah Royal Clock Tower, this building towers over the holy city Mecca. It was constructed in part at the bequest of King Abdulaziz and serves as a luxury hotel for muslims on Hajj, according to Skyscraper Center. The building is near the Grand Mosque and is inscribed with writing from the Koran. Completed in 2012, this tower stands at 1,972 feet. It is equipped with elevators capable of reaching speeds of six meters per second.

#2: Shanghai Tower, China
Any trip to Shanghai isn't complete until you've been to this building, the second tallest in the world. Standing at 2,073 feet, this twisting tower is as beautiful as it is impressive. According to the Telegraph, the building is designed to be environmentally friendly, reducing the building's carbon footprint by 34,000 metric tons each per year. Inside, you'll find everything from offices to retail space. Tourists can grab tickets to the top of the tower for about $27. The only better view of the city is by airplane.

The Burj Khalifa is the tallest building in the world.

#1: Burj Khalifa, UAE
The tallest building in the world is located in Dubai, the same city the features the largest mall in the world and an indoor ski resort. When you get airline tickets to Dubai, you're signing up for the adventure of a lifetime, because you'll never see anything like it in the rest of the world. According to the tower's official website, the building stands 2,716.5 feet tall. But it isn't just the pinnacle at the top that breaks height records. The building also holds the record for highest occupied floor. Tourists should check out the observation decks for some of the most impressive sights the world has to offer.