Mix Business with Pleasure in Bangkok

Bangkok, the energetic capital of Thailand, is a bustling, commercial hub of Asia. A popular destination for MICE events the city is a firm fixture on the business travel map. A business l trip to Bangkok more often than not involves a long haul flight coupled with back-to-back meetings, tight schedules and conference calls at unearthly hours. However, that doesn’t mean that you shouldn’t take a moment to soak in some of the city’s infinite charms.

Arrival in Bangkok and getting to your hotel

An elevated rail link connects the Suvarnabhumi airport to the city and provides the fastest conduit to the city by bypassing Bangkok’s famous traffic jams. As a business traveler, you will perhaps have only carry-on luggage, and the train is the speediest option to get into the city, but you could also use the airport limousine service or taxi if you wish.

You will also most likely already have hotel reservations at one of Bangkok’s many spectacular hotels. The Thais excel at hospitality, and most Bangkok hotels go above and beyond to make guests feel welcome. The city’s plushest hotels like the Peninsula Bangkok and the Mandarin Oriental Bangkok are located along the city’s major waterway the Chao Phraya River but many other luxury hotels like the W, the St Regis, the Conrad, the J.W. Marriott dot its main business hubs of Sathorn, Silom, Siam, Sukhumvit and Ratchaprasong. In fact, the city has a hotel to meet every business travel budget.

Commuting around the city

Like every big, burgeoning metropolis Bangkok has its share of traffic woes. Traffic in the city can be horrendous at peak business hours. The city has over the years built a rather efficient public transport system which contains a combination of elevated Skytrain (BTS) and underground subways (MRT). Both these modes of transport help alleviate the pain of getting around the city as you can escape the city’s notorious traffic jams and arrive at your meetings well in time.

Fatigue, stress, and jet-ag are part and parcel of most business travel trips. In Bangkok, you can get relief from the pains of business travel at one of the city’s many relaxing and tranquil spas that offer a bouquet of massage therapies and treatments. Thailand has a well-developed massage culture. Aside from in-hotel spas, the city also has an abundance of massage parlors that dot every nook and cranny of the city. Thai massage therapies are integral to cultural and social life in Thailand and are associated with healing. The Thai massage therapies have developed over centuries and are a combination of Indian Ayurveda techniques, acupressure, and yoga. 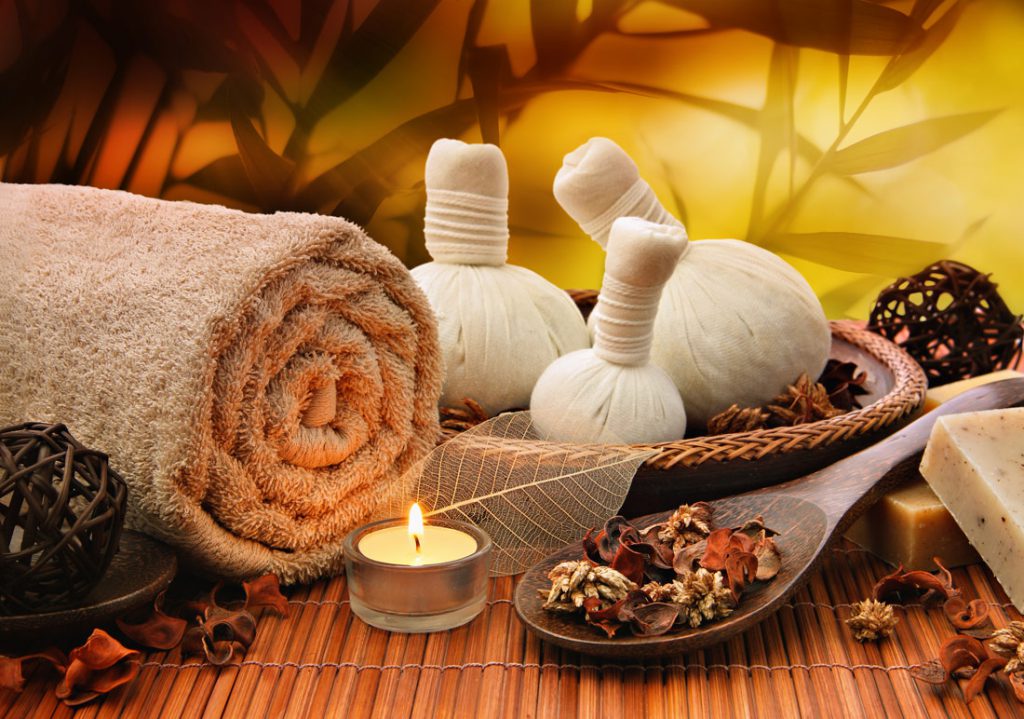 They differ from western massage therapies in the sense that these therapies don’t use any oils or lotions and the recipient is usually clad in loose-fitting clothing during the treatment. Thai massage therapists’ pull, stretch, rock and compress the receiver’s muscles rather than kneading them. Traditional Thai massages are not gentle but involve deep static and rhythmic pressure applications, which tend to do the trick and relax the muscles.

Have a sundowner at one of Bangkok’s many rooftop bars

Bangkok has mastered the art of the rooftop bar. Many of the city’s hotels like the Lebua State Tower, the Indigo Hotel, the Banyan Tree, the Millennium Hilton Hotel and others host rooftop watering holes that afford stunning views of the city’s twinkling skyline and provide a welcome spot to unwind after a long workday.

Bangkok is renowned for its street food eats. Many street food vendors set up shop daily at busy, bustling areas of the city such as Victory Monument, Rangnam, Sukhumvit Soi 38, Silom Soi 20, Yaowarat and Ratchawat Market and others. Both office workers and tourists throng these stalls for their fix of authentic and delicious Thai fare. Expect to try cheap and tasty Thai dishes such as Som Tham(papaya salad), Khao Mun Gai(steamed chicken on rice), Khao Pad(fried rice), Pad Thai (noodles), Gai/Moo Bing(grilled chicken and pork skewers) at these street food stalls. However, you may want to note that Mondays are street cleaning days in Bangkok and many street vendors shut shop on the first day of the week. If however, the thought of eating street side makes you queasy you could always head to one of many established fine dining restaurants in Bangkok like Naam at the Metropole Hotel, Bo Lan, the Issaya Siamese Club and Gaggan (an award-winning restaurant set to close its doors in 2020). While these restaurants specialize in Asian fare, the city is well equipped with many other eateries that offer a variety of western cuisines.

If time permits pencil in some cultural treats

Ornate temples (called Wats) and palaces are the main cultural attractions in Bangkok. If time permits you could perhaps visit one or two. However, it’s worth noting that the temples are Buddhist places of worship and you should dress appropriately and cover exposed limbs during your visit.

Get in a spot of shopping

Bangkok offers an abundance of shopping experiences. The city is known for its bespoke and affordable tailoring services. However, it’s worth getting a recommendation from your Thai business counterparts before you head out to find a tailor for some tailors have outlandish quotes for foreign clientele.

Bangkok is also home to several modern malls that host a multitude of retail establishments both homegrown and outposts of international brands.

Aside from malls, the city also hosts busy, bustling markets like the Chatuchak weekend market that hosts 15000 vendors and offers shoppers almost everything they desire at competitive prices nonetheless. Also worth a visit is the Asiatique Riverfront, an open-air market that assembles daily on the banks of the Chao Praya River and offers a multitude of shopping and dining options.

Your business tickets to Bangkok!