Las Vegas the Playground of the Americas

Here is one city that’s actually proud to flash its reputation as “The Sin City” in bright neon lights; Las Vegas offers everything you need to sin in style. But how did a small town, merely a transit point a hundred years back, evolve into a temple for pleasure seekers and gamers? Let’s get into the history of the Las Vegas Strip and find out.

How did it start?
The origins were innocent enough; the construction of the Hoover Dam in the 1900’s brought in thousands of workers from all parts of America. When there are so many young people with common interests, there arises a need to offer establishments to entertain these youngsters. The best entertainment these men had were games like cards or a game of dice for the prize of a drink. But when strict gambling laws in Nevada prohibited even these simple interests in 1910, these men were in for a shock; but not for long.

What is prohibited always tends to be far more interesting than what is allowed. So the prohibition of gambling led to the mushrooming of underground gambling chambers with exciting password entries and frenzied all-night games.

In 1931, the prohibition was lifted and with this freedom, Fremont Street’s gambling establishments started prospering. This was helped by the completion of the Hoover Dam which provided employment to many and also helped protect the city from the Great Depression that had affected all other states. This meant more money in the hands of gamblers and much more business for casino-style businesses.

Progress
The sinful history of Las Vegas was launched in as early as 1930 when the first nightclub, the Pair O-Dice Club was started in Highway 91. While this speakeasy prospered even during the prohibition, the first nightclub to get a casino license was the Red Rooster. These two clubs along with their competitors started off the casino frenzy in youthful Las Vegas.

In 1941, the famous Las Vegas Strip got its first establishment, the El Rancho Hotel. This was a pioneer for the entire group of hotels and resorts that followed. The inauguration of this hotel was a grand star-studded affair; this marked the end of the era of gambling clubs and started off the trend of luxury resorts with classy casinos.

Sin raised its head again when Bugsy Siegel, the infamous gangster, built the Flamingo Hotel on the strip. This caught the attention of Mafia and soon, many more hotels like the Star Dust and the Riviera were built with capital sponsored by crime lovers. 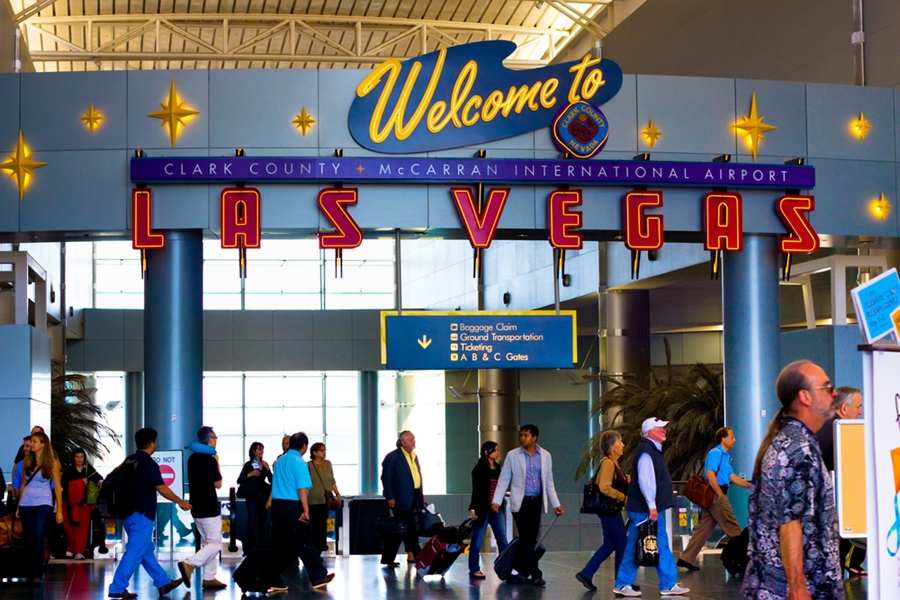 The business of casinos involved huge sums of money and this attracted financial institutions and other entrepreneurs too and once they jumped into the foray of entertaining, there was no stopping. All this brought in publicity and this in turn attracted stars like Elvis, Sinatra and Liberace. Everyone now wanted to be in Las Vegas.

The Ride
It wasn’t a very smooth ride to the top. Once the sheen of the neon started fading, stagnation set in and the city started losing its appeal. The resorts became old and run down when compared to newer hotels in other cities. The launch of Steve Wynn’s Mirage in 1989 brought back the bloom to The Meadows; this marked the beginning of the era of megaresorts.

The history of the playground of the Americas got yet another twist with the launch of mega hotels such as these complete with indoor theme parks and the best in luxury. Each new mega-resort seemed bigger and better than the previous one and soon Las Vegas shed its image as an exclusive gamblers’ getaway to become a family destination; a place where everyone can play!

With technology backed gaming, this city is still the best bet for your bets; but that’s not all. Las Vegas’s theme parks and modern attractions make it worthy of its status as the playground of the Americas. So buckle up and get ready for the action.